Has this done the rounds yet? 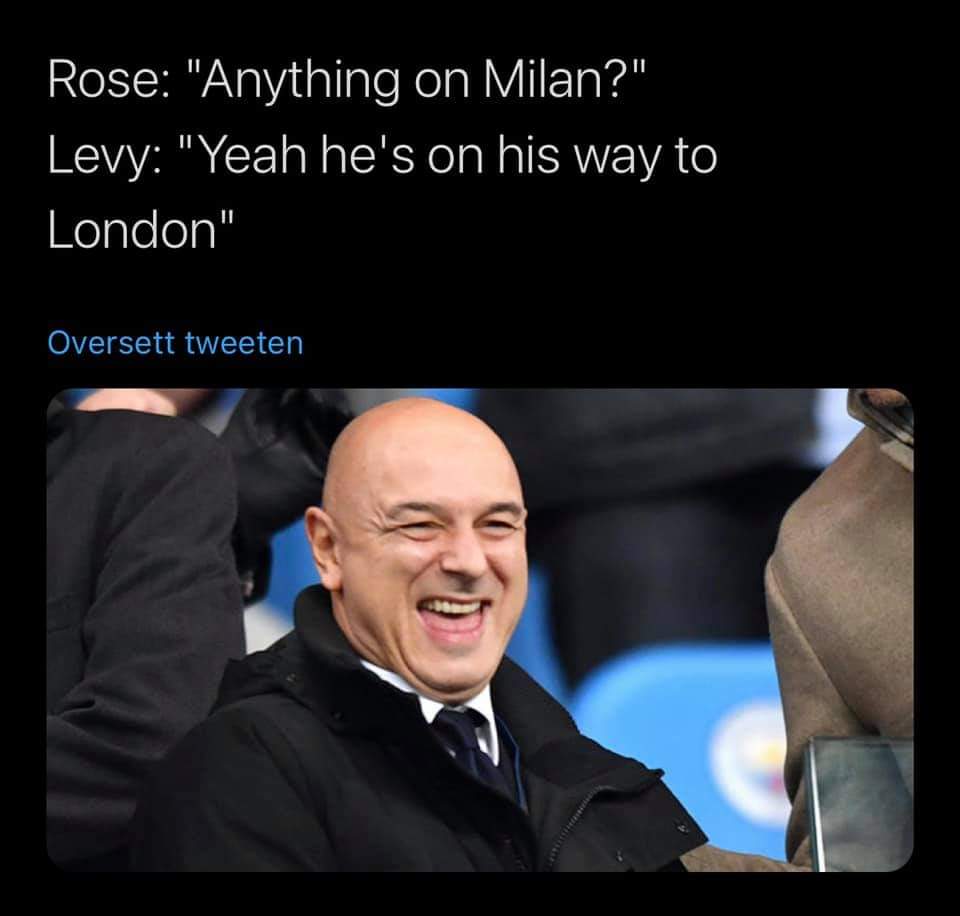 If he does I hope there are no windows nearby for whoever relays that message to him.
Click to expand...

You getting him mixed up with a different Dragan 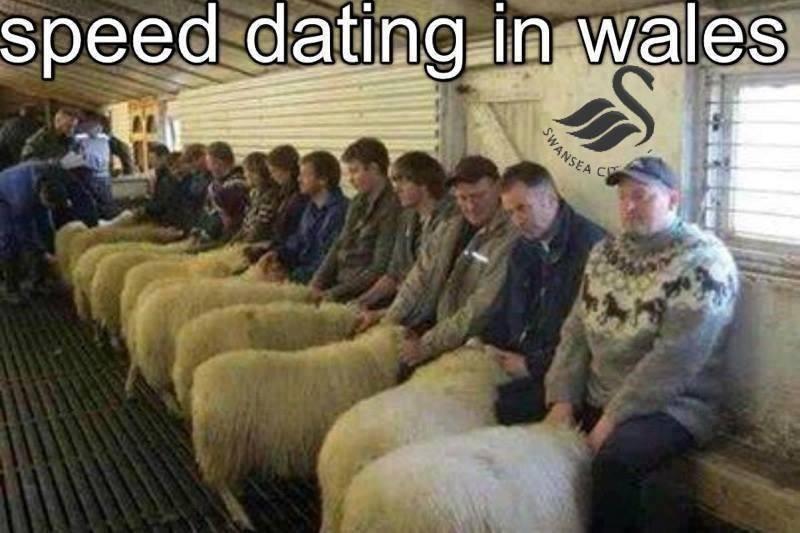 spurslenny said:
Surely this can't be accurate? What would make Inter happily drop their asking price from 55mil to 40mil?
Click to expand...

Because they only asked for £55 for shits and giggles?

It’s an opening gambit asking price. I could be wrong, but it doesn’t appear too many are in for him, so if they need the funds, they’ll accept the best offer on the table.

Hotspur88 said:
This is in the ITK thread and wouldn't give this guy on Twitter the time of day to be honest, steals info which ideally should be kept on the forums and posts it to gain followers.
Click to expand...

He’s attributed it to dragon, that’s not stealing it.

There is only one completely flawless 100% itk on the planet when it comes to premier league football.
The man with his finger on the pulse of every club in world football who's sourcescare impeccable and beyond reproach
I believe nothing until this god of itk has spoken ladies and gentlemen I give you

I have seen Spurs as well as Opponent fans using stats to come to certain conclusion on Skriniar.
One of them used widely is his Aerial duels win % is bad, so he is aerially not good.

But the problem is, numbers without context is meaningless.
Serie-A -> Teams dont play long balls. If. long balls are played, its mostly to the full backs and not to the opponent CB in route 1 fashion. Most of the headers that are going to come is possibly from corners or set piece free kicks. Regardless of which top5 league you are in, those corners/setpieces are often difficult to defend, so invariably there's going to be loss of duels.
PL -> There are teams that will play on ground, some teams are going to play long balls to the CB ,route 1 style like your Burnley's etc. So, hoofed up balls to CB are going to be easy meat to most CBs. Those aerial balls are easy to defend than a corners/setpieces

So, when people compare Skriniar, they have to compare him with Serie A defender. If they compare him with PL CB but dont apply the long ball football that is played in PL, then the stat becomes meaningless. 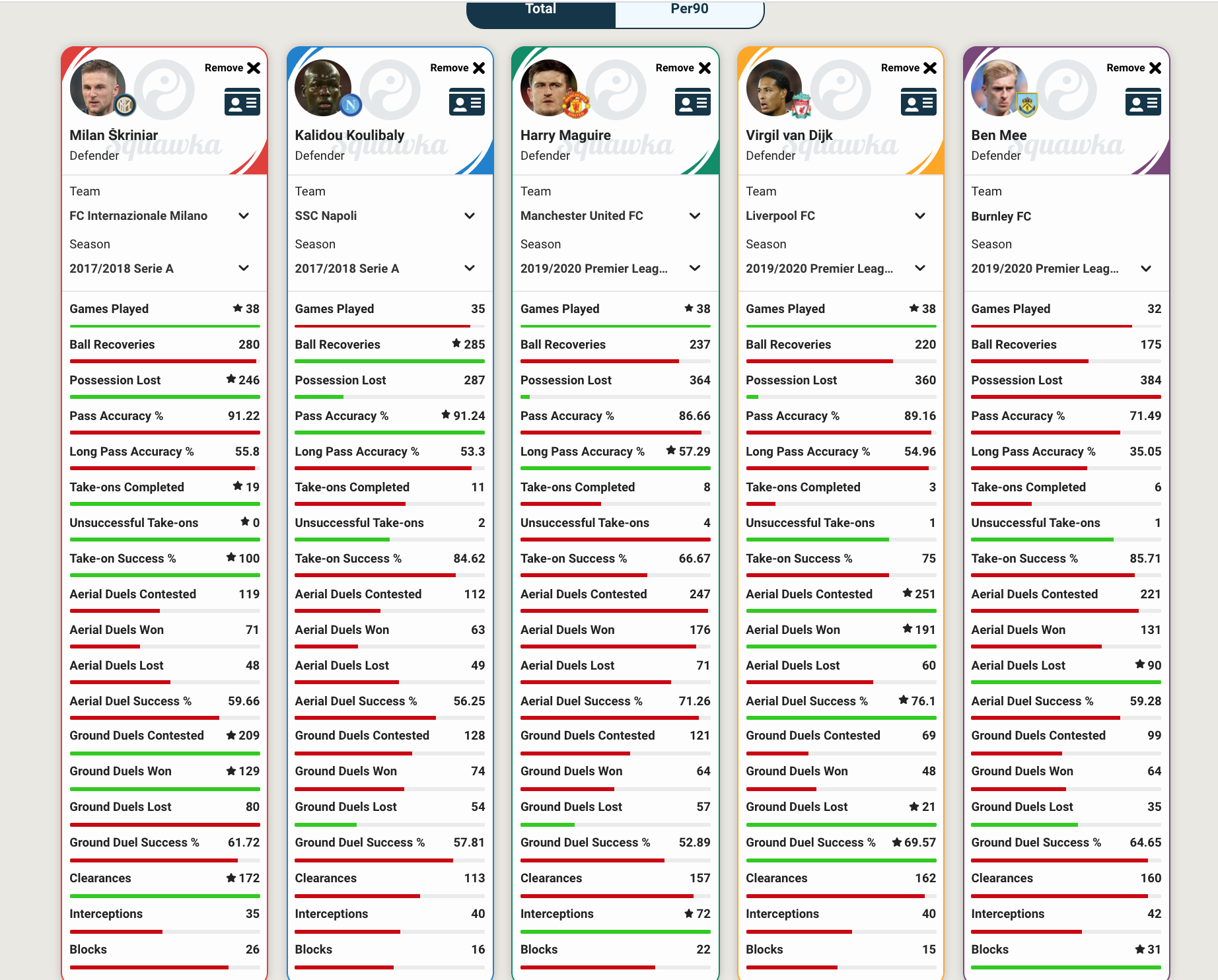 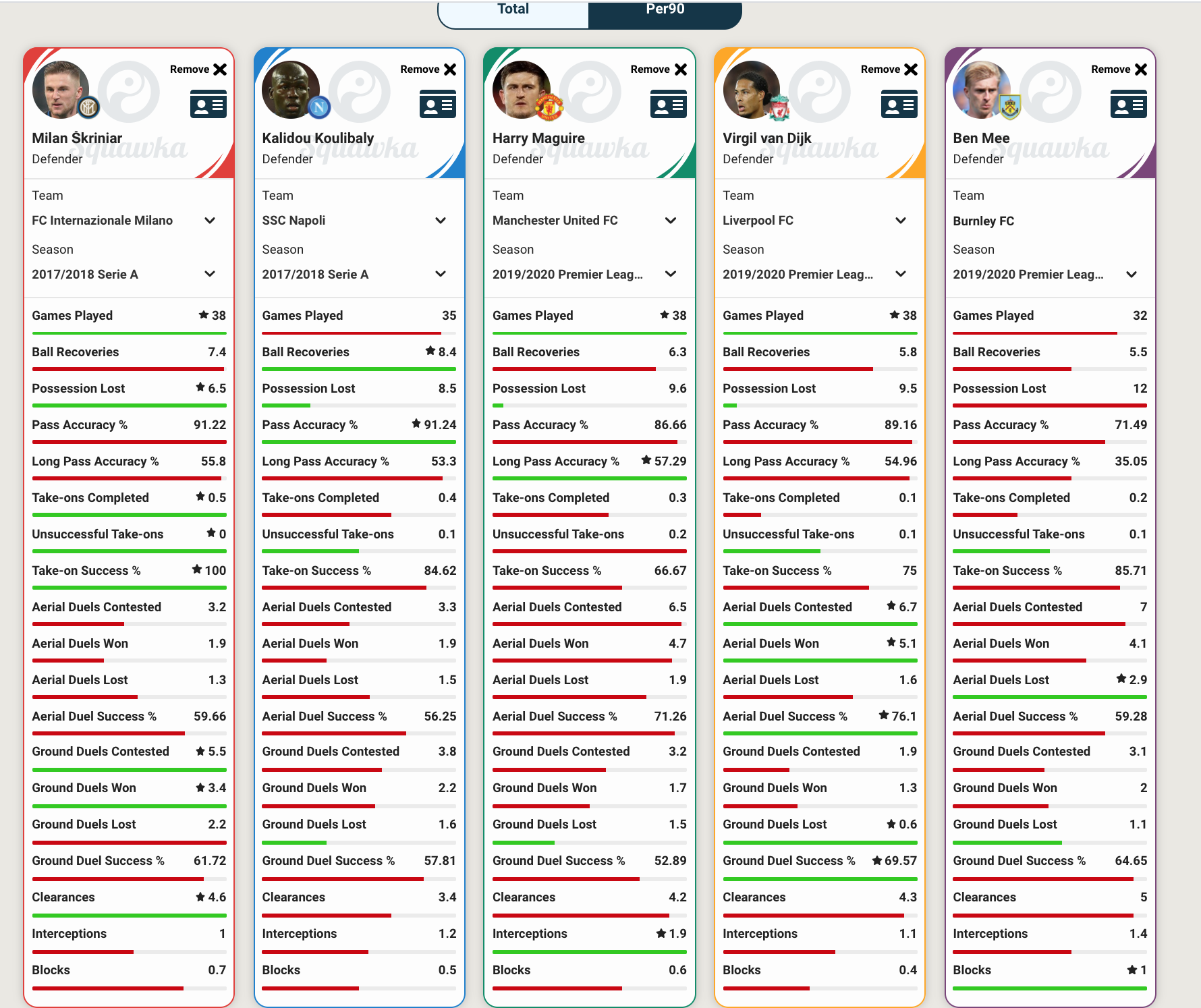 Whether we take it over the season or over a 90 min game, following is observed.

Overall, I would say, Skriniar is as good any Serie-A defender when playing in back4. If Koulibaly is rated high, so he should be too. I am sure, when he is in PL, these 'Aerial duels %' will go up more he plays here.

I’m chuffed that we’re at the point of the transfer window where a 5 second video of the back of a bald guy crossing the street constitutes positive ITK.

Jesus. Someone really needs to film that cameraperson.

“We’re not a selling club”

Just get this done. And focus on outgoings and a striker.

Walking with a spring in his step

In other news man crossing Street somewhere in Italy

Sweech said:
I’m chuffed that we’re at the point of the transfer window where a 5 second video of the back of a bald guy crossing the street constitutes positive ITK.
Click to expand...

“Market meeting in the afternoon for #Ausilio : dribbling and 'no comment' by the Nerazzurri Ds on the deal with #Tottenham for #Skriniar”

That (according to Google Translate) just says that he wouldn’t comment on Skriniar, not that he’d just left a meeting with Spurs.

Daily Hotspur is becoming the new Ricky Sacks for twisting news to make it sound more interesting than it is.

Our final payment from Inter for Eriksen is due on 30th September. Levy feels this is a deal that could be done because that final payment would basically become our first instalment for Skriniar. Sort of a ‘buy now, pay later’ as we’ve heard banded around a lot. Essentially no money or very little money would come out of our budget this summer. We wouldn’t start paying the rest of the instalments until the next financial year at least.

It makes a lot of sense tbf.

King of Otters said:
Daily Hotspur is becoming the new Ricky Sacks for twisting news to make it sound more interesting than it is.
Click to expand...

They've always been that bad.

The worry for me is if we take too long to wrap this up I could easily see some sort of deal between Inter and Chelsea/skriniar and kante.
H

Am I right in saying this guy doesn't start for inter? I can't pretend I've ever heard of him, so really don't know what we could be about to buy
S

spurslenny said:
The worry for me is if we take too long to wrap this up I could easily see some sort of deal between Inter and Chelsea/skriniar and kante.
Click to expand...