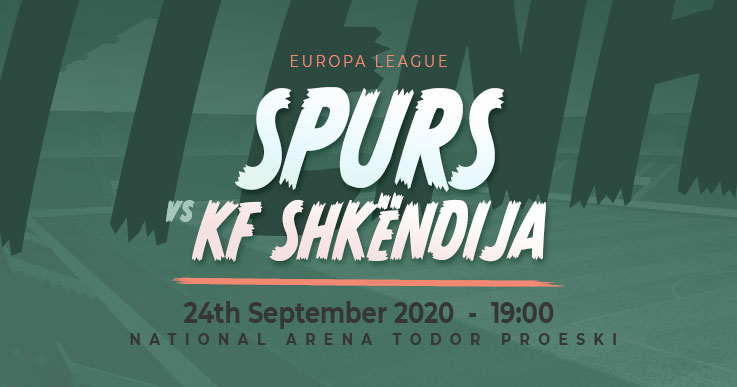 After surviving Lokomotiv Plovdiv in round 2, We will be...
Read the rest of this post...

Troy Parrott's Millwall debut was cut short on Wednesday night when the Republic of Ireland attacker was taken off at half-time due to an ankle injury.

The kid can't catch a break at the moment.

Tottenham chairman Daniel Levy has reportedly baulked at Inter Milan's £55million asking price for Milan Skriniar. Inter are willing to let the Slovakian international leave but according to Tutto Mercato Web in talks between them and Spurs, Levy made clear he doesn't want to pay £55m and would rather do a swap deal.

Jose Mourinho reported ‘some little problems’ but nothing to cause concern on the injury front ahead of our UEFA Europa League third qualifying round tie against KF Shkendija of North Macedonia on Thursday evening (7pm UK).

Tottenham are set to be awarded a bye into the fourth round of the Carabao Cup, where they will face London rivals Chelsea, after Leyton Orient gave up their bid to have the abandoned third-round tie rescheduled.

A press conference ahead of Tottenham's Europa League clash against KF Shkëndija produced an emotional moment when a journalist requested a photo with Jose Mourinho.

North Macedonian reporter Igor Aleksandrovic wanted to ask the 57-year-old a question on behalf of his late father, who was a great admirer of the former Real Madrid and Inter Milan manager, but he missed out, despite having his hand up during the 15-minute Zoom call.

The reporter was said to be 'very upset' when he wasn't able to speak to the Spurs boss but after hearing about it, Jose came back, answered the question and promised the man a photo to put on his father's memorial.

In recent days we have seen an increased number of fans congregating outside our Hotspur Way Training Centre in Enfield.

It is important that supporters adhere to government guidelines during the current COVID pandemic and therefore we strongly discourage anyone from gathering outside our facilities in the interests of the health and safety of staff, fellow fans, players and our neighbours.

Tottenham boss Jose Mourinho expects Dele Alli to still be at the club when the transfer window closes and will give him the chance to prove his worth.

Spurs send representatives to Milan to thrash out double deal

Italian outlet CalcioMercato have claimed that Tottenham Hotspur have sent representatives to Milan in order to thrash out a double deal for Inter Milan defender Milan Skriniar and Napoli attacker Arkadiusz Milik.

Tottenham defender Serge Aurier has snubbed a move to Spartak Moscow after holding talks. Spurs boss Jose Mourinho has given the green light for the right-back, 27, to leave after the summer signing of Matt Doherty from Wolves.

Tottenham boss Jose Mourinho has been unable to have his say in the club's pursuit in signing a new striker and he may have to settle on a loan move for Haris Seferovic, according to reports. Tottenham have made no secret of their intention to sign a central forward by the end of the summer transfer window.