IMHO they use the wrong metric.

People look at transfer spend and impute a value as result, and jump to the wrong conclusion.

The next problem is that sites like transfermarkt have no connection with realiy ie Sanchez in his last year is worth more than Kane?

and salaries are not a good metric as Kane Ali and Eriksen combined are on less than Ozil turned down at the goons!

They also do not take into account Daniel Levy!

Whilst value on paper is part of the metric performance on the pitch is another.

I honestly believe that our squad combined value is every bit as valuable as that of Chelsea ManU and ManC.

Not that i want to sell anyone at the moment, but Kane Dele and Eriksen are probably worth in excess of €500m combined.

This gives a total value in euros of 1.2b take off 10% for any errors i may have made

and another 10% to convert it back into £ and the squad is worth about £1B.

Now is squad worth 1 billion pounds capable of challenging for the league or even the CL?

how does it stack up in relation to the rest of the EPL? Or even CL?

we must be pretty close

I'm sure plenty will disagree about some of the valuations I have put down but remember who our chairman is he is not renowned for underselling players.

than people realise and probably in the same ball park as the so called big clubs post the transfer window.

it is also a young squad with people on long contracts.

I think, had we been at WHL this season, many would have us as joint favourites with the 2 United clubs. Wembley is a factor unfortunately. I think most people would appreciate that our starting XI especially is one of the most valuable. Strength in depth is another issue though, that's taken into account when competing on multiple fronts.


Pundits and people make simplistic assumptions that the teams that spent the most, have the most valuable squads.

Funnily enough its a crazy metric as it does not look at the balance of the squad, so in theory you could spend a huge amount on strikers and have no defence!

i honestly believe that when our long term wounded get back we will be a terrifying proposition both at wembley and away.

There is very little "dead wood" in our squad!
We are now in 3rd place
As long as we stuff, Bournemouth do not get more injuries, and the below link is correct then by 22/10 we should we waiting for Coco on the 5/11
http://www.physioroom.com/news/english_premier_league/epl_injury_table.php#c19
Our full Squad is special.

After 14 October is an interesting 5 weeks for us with games against Real Madrid, home and away and Dortmund away

With regards to EPL , we have 2 or 3 tricky games on paper, after 14 Oct Bournemouth (h), Liverpool (h) and ManU (a) followed by Palace

Those games will show us how close we are to being title contenders in the EPL, whether we have adjusted to wembley, and finally if we can get any points off RM and later Dortmund where we will finish up in the CL Qualification, if we can beat Apoel at home. 10 + points should see us qualify.
Im not sure if we can get any result against Real Madrid but I'm hoping for a draw away at Dortmund!

In the EPL, It all boils down to whether or not we can recreate last years form in the epl at wembley, I have noticed that we have exactly the same points after the same games last season, as we do now, so can we kick on from that!
See Lighty thread
http://spurscommunity.co.uk/index.php?threads/game-for-game-comparison-2017-18.129754/page-3
OP updated

Total: 14pts
Current projection: 86pts (Please note this is if we match the results from last season)
Last edited: Oct 2, 2017

up in the cheap seats

has this got something to do with lactic acid?

CornerPinDreamer said:
has this got something to do with lactic acid?
Click to expand...

Don't be a Lemon! 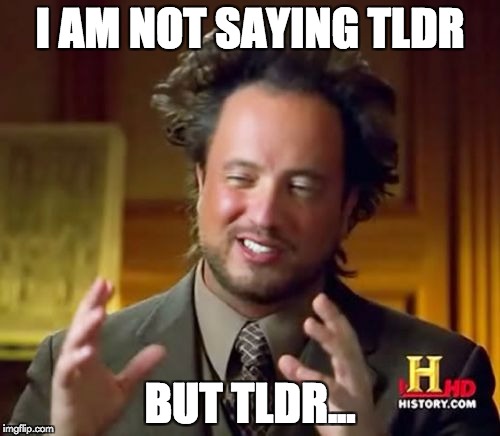 Players are worth what clubs are willing to buy and sell for, everything else is a variable that can change by the day tbh. There is no longer any benchmark worth trying to work out values from.
E

I think it's a good post. Essentially saying that our team is worth about the same or more as any team in the PL. And by common sense, meaning we could challenge despite many pundits already ruling us out (Or back in again after last weekend).

The important point of this post is - If Everton bought Kane, Dele Alli, Eriksen and Alderweireld - They would be serious title candidates. We already have them - Meaning we are title candidates and even have a stronger team when considering the rest.

I do believe that the only thing holding us back a bit is our culture. We don't have that winning mentality that other top teams have. And the only way to get that is from winning. Maybe the League Cup/Fa Cup can be the start for us.

CornerPinDreamer said:
has this got something to do with lactic acid?
Click to expand...

Some good points in the OP but written in a slightly scattergun approach that makes it hard to follow.

I believe there was a Swiss metric test last season that had us as having the most expensive club in Europe. But that is not the best way to judge players. The likes of Andros Townsend, Shaun Wright Phillips etc have been sold for high prices due to their age and league they play in.

Higher quality players are bought from France, Hollland and Germany because of the less wealth in those leagues.

The best thing about having a high value squad is if we do get into a situation where we sell then we will have money to reinvest in the squad.

Football fans regularly make the mistake of thinking money spent is the best indicator for improvement. I ask anyone to go to the "Everton going or top 4" thread and read some of the posts in there.

People actually believed Everton were going to overtake us because they'd bought Pickford, Siggy etc. They only seemed to concentrate on the money spent and ignored the fact that we already had better.

We have a very strong, settled squad and the new signings seem to be settling in quickly and well. If we can sort our home form out we are in the title challenge.
W

BUMP
Shit I was spot on!

Manchester City and Spurs have more valuable squads than Manchester United, Barcelona and Real Madrid as Cristiano Ronaldo is worth just £84m compared to Lionel Messi at £103m
By Amitai Winehouse For Mailonline

Bravo, good work on the OP

For me, the truer indication of relative squad strength from a money standpoint is the salaries (bonuses would have to be included) of the players. The fact that we have been doing more with less than our top 6 rivals over the past couple of seasons is a testament to our ability to bring in young players and get them performing at a high level. Don't really care about net transfer spend if we can pay enough to keep our core in tack while adding a couple of more pieces over the summer.

The current value does show how well Levey and Poch have done in building the team and its value.