Makes no sense for him to play now we know he’s actively in talks with Inter, disrespectful to other members of the squad

Something tells me this is more about your fantasy than his...

13VanDerBale13 said:
Makes no sense for him to play now we know he’s actively in talks with Inter, disrespectful to other members of the squad
Click to expand...

Probably to give him a send off but given his performances and attitude this last year the club risks him receiving a very mixed reception.
Last edited: Jan 13, 2020

I'm now of the opinion he will not be in the starting 11 tomorrow evening. If a deal is as close as some are making out then no way will we risk losing 15 to 20 million on a player that can go for free in a few months time.

Very pleasantly surprised that we seem to be getting some cash for him.
1 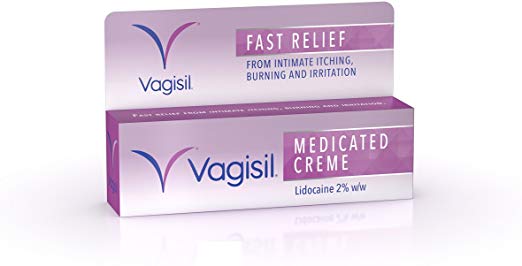 BringBack_leGin said:
Once again astounded by the lack of respect on here for Internazionale, a club by comparison with whom we pale.

Don’t believe me? Just consider the 80,000 fans he’ll get to entertain in a colosseum which has witness no fewer than 18 domestic titles, the most recent of which came a decade ago, and 3 European Cups/ Champions Leagues- the same amount as our total European trophies (Inter has also won 3 UEFA cups and 7 Coppa Italia).

Then consider that he will live in a city perhaps not as culturally significant to its country as a London is to England, but still a city which is a cultural centre of art and fashion, it’s Duomo one of the grandest, most astounding examples on earth of gothic architecture; a city which enjoys on average far more sunshine and warmth, far less rain; and in a country which, while guilty of its own widespread discrimination issues, has not actively, formally and officially ostracised those born overseas as his current country of residence has during the period in which he’s made this career decision.

Even if one disagrees, anybody failing to understand why Eriksen would see a move to Inter as progression from Spurs, even if less progression than he ideally would have liked, is either being myopic or deliberately obtuse.

I’ve not even mentioned that he might finish the season with a league winners medal...
Click to expand...

It's not as if they're a mess either. Conte is a fantastic coach.

We need bruno then

YiddoTom90 said:
We need bruno then
Click to expand...

SpartanSpur said:
Inter are rumoured to have a pre-contract agreement with Eriksen. That gives them a lot of negotiating leverage. The only way we can argue a decent price for him is by making it look like he's still of use to us, and therefore playing.
Click to expand...

How can we make him look like we have any negotiating power when he can go on a free at the end of the season?
They're not stupid or desperate. If anything they're doing us a favour.
If he gets an injury in this game who in their right mind would pay for him when you can wait a few months and get him for nothing and probably increase his wages as a sweetener?
We have no power over him or potential buyers. None.

CrazyKen said:
They still have 14 titles in the 2000’s and how many do we have? They want back on the top and they habe the money to do it
Click to expand...

Well they bought a few of those so... lol.

slartibartfast said:
How can we make him look like we have any negotiating power when he can go on a free at the end of the season?
They're not stupid or desperate. If anything they're doing us a favour.
If he gets an injury in this game who in their right mind would pay for him when you can wait a few months and get him for nothing and probably increase his wages as a sweetener?
We have no power over him or potential buyers. None.
Click to expand...

They most probably want him now for their title charge. If he was training with the reserves how could we justify even the supposed €16m plus add ons Di Marzio is saying? At least if he's still making appearances with us we still have a valid argument for his services being worth something to us between now and the summer.

Of course the injury risk comes into it as soon as negotiations close in. He may well get pulled from the side tomorrow if things progress.

As others have mentioned it might also be Jose's message to that we need to replace him if he leaves.

Wouldn't surprise me if Inter are getting him with a clause to someone he wants to join in Spain, and they'll flip him after a season and everyone somehow gets what they want.

Except for the club in Spain, who will perhaps be disappointed.

Be it a few million only but I guess we'll still be making a profit on him.
J

I think the way he exited the last game he is on way out .

Levy will thrash it out a little I think!
A

The latest reports from Italy is that Marotta (Inter's CEO/Sporting Director) has made a first offer of €8-10m. (Don't shoot the messenger.) Marotta is an excellent director but known to be a bit miserly.

Naturally, you'd expect the first lowball offer to get rejected and for negotiations to go from there.

This past year we haven't "saved" much in our transfers. We've ended up paying nearly the full asking price for most of our arrivals, albeit mitigated by the way the transfer is structured.

For example, we paid around €50m for Nicolo Barella. If I recall correctly, the deal was structured as €15m loan fee + €32m obligation + €3m in easily-met bonuses.. or something along those lines.

If this deal gets done, I'd expect us to pay pretty close to original €20m asking price in some form or another.

I'm reluctant to weigh in on the debate over Inter and the "size" of the club and all of that stuff. All I will say is that I believe Serie A has increased it's stock in the eyes of footballers in recent years - as has Inter.

We've recently exited a banter decade (fingers crossed) with a new, solid, management structure (unlike Milan). We have a financially powerful ownership in the Suning Group helping us achieve record levels of revenue from sponsorship and financial growth.

There are also new tax laws in Italy which allow new residents over a certain income threshold to pay less tax. Previously, clubs would have to pay €8m gross for a player to earn €4.5m net after tax (rounding up here). With these new laws, the club would only have to pay €7m or so (again, rounding up). This helps Italian clubs to compete with other leagues in better economies in paying top wages.

Overall, even as cynical as I am in my view towards Italy and Serie A, I believe that Serie A and Inter are a much more attractive destination than they were 5 years ago.

the tired tread of sad biology

I don't know much about this but I know we need tightening at the back.

doctor stefan Freud said:
Just watch the little TinTin fucker go to Italy and tear it up
Click to expand...

Wherever the TinTin fucker goes, I go.