Eighteen Eighty Two said:
2 goals and next to zero assists in 4 years and over 130 games for the club is woeful from midfield. But he's not that kind of player I hear you cry! So he's a great defensively? Nope he can't tackle and is weak.

Can anyone give an example of when he has genuinely been man of the match even?

He's a squad player at best and that's about it. If spurs fans are happy with such averageness in probably the most important position on the pitch where games are often won and lost in big games then don't moan about poor performances and a poor season. The two are undoubtedly linked
Click to expand...

Exactly, compare him to say a neves or moutiniho who utterly dominate games for wolves, he’s a mid table player at best. Love the guy but we had demebele and before that modric, winks isn’t fit to lace either of their boots.
J

Eighteen Eighty Two said:
He reminds me of your namesake! If you are happy with the likes of winks and Davies as first choices then expect more of what we have seen in the last year, we are miles off and will continue to be, opinions and all that
Click to expand...

Have to agree. Likes of WInks and Davies are triers and do give 100% and for that reason not so much of a problem having them as squad players however neither are good enough to be first team regulars.

Winks doesn't excel in any particular area. So limited in both an attacking and defensive capacity but more importantly, offers nothing in terms of control and the ability to dictate play in the midfield. We have one two many squad players who are have become first team choices and it is hurting us.

Eighteen Eighty Two said:
I don't think winks is good enough and is one of the main reasons we have struggled for over a year now. We've gone from peak wanyama and Dembele to winks who offers nothing imo. Not strong enough to provide a shield for the defense and is poor in the tackle, and hasn't got the ability or the vision to add anything in the final third. 2 goals in 4 years with next to zero assists from midfield is pathetic whatever way you look at it. Upgrade desperately needed
Click to expand...

Cambridge Spur said:
I’m sorry but I just don’t rate him. I like him as a squad player but for me he just isn’t good enough. Cue ‘you obviously don’t know anything about football’....
Click to expand...

I know what you mean but I think he does a lot of good that is occasionally seen as sacrificial, not to himself but to his abilities.

Spreading the play can slowly wear teams down and allow for gaps to occur. I do think he has more gears he can get through and to as a player but as a homegrown, academy player who loves the club and would probably be happy starting 15-20 games a season once we have our squad up to scratch, I don't think we could ask much better.

Top 6-7 teams would probably start him, if we have aspirations for being a top 3-4 team we need to utilise him in what will be a 50-60 game a season situation. Happy to have him in our ranks, would be underwhelmed if he is seen as a lynchpin as we need that extra 10-15%. Overall he's a classy little player though.

Eighteen Eighty Two said:
For me even when he has supposed to of had a good game according to pundits and fans for me he is never above a 7/10 he just doesn't do enough for me and can't remember any stand out performances no magic moments, nothing. Nothing against the lad as he seems a decent kid and can't fault his passion and work ethic but he's just a bit meh, wouldn't stand out for a Norwich or a Bournemouth for me, just another average over hyped English player,
Click to expand...

I went to the Norwich Home game and honestly for the role he has I thought it was his best performance in a Spurs shirt. He sniffed out danger, his anticipation was top notch and he showed a sound level of aggression that is required for that kind of role.

If he can play like he did before he got injured that evening honestly he's a very good asset. Maybe not a long term starter in key games but without doubt good enough to play, especially in the home games vs any team outside of the top 5-6. If he's happy with that and demonstrates stable levels of progression I have no qualms about him being a Tottenham player.

Congrats captain Winks. Whatever the result, massive achievement for him.

Shows how far weve fallen to have such a nothing player as captain. Pathetic

fuck off back under ur bridge

Come on Winksy, his time to shine

So much for supporting your club and its players.

Yeah you’re right, nothing to be proud of for him whatsoever.....

Let us know when you achieve being captain of a world famous club you’ve supported since you were a boy.

Primativ, why did you have to start posting under a different account?

How anyone rates Winks i will never know.

Welcome to the Good Life

zime said:
How anyone rates Winks i will never know.
Click to expand...

I have always asked him to be more progressive/dangerous with his passing. After today, I'd rather him just lay the ball off.
C

Need him out of the team and proper DM/quick passer beside Gio.

Winks is good for effort and commitment and that's about it.
P

dtxspurs said:
I have always asked him to be more progressive/dangerous with his passing. After today, I'd rather him just lay the ball off.
Click to expand... 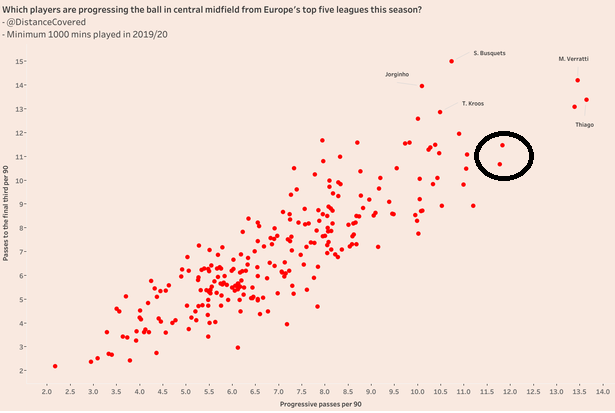