Who will Jose sell in the Summer ?

I reckon Dier, Wanyama and wouldn’t be surprised if Moura went aswell.

Can't see Lucas leaving, he signed a new contract a few months ago.

Wanyama, Dier, Rose, Vertonghen, Sissoko I think will be gone.

Lucas will stay. Dier may stay. Depends how it goes between now and then.

Wanyama, Rose, Jan. All in positions where they should go or may go in the case of Jan.

Lamela is also in a precarious position. He may be used as a makeweight in a transfer deal like we tried to do in January.

Foyth is likely to be moved on too.

Depending on who comes in we could expect to see loan deals for Parrott and Skipp.

Whoever he's told to sell I imagine...

Wanyama, Dier, Rose, Vertonghen, Sissoko I think will be gone.
Click to expand...

Wanyama. Jesus Christ. Cannot believe he is still here. Or how bad he must now be that we haven’t bothered using him since Pochettino left despite our injury issues.

SpunkyBackpack said:
Jose will sell Sissoko in the summer if Sissoko says sell Sissoko to Jose. But if Jose says summer sales are for Jose then Sissoko stays for the summer, sea shells.
Click to expand... 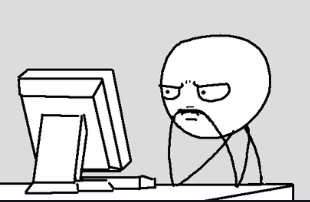 Khilari said:
Wanyama. Jesus Christ. Cannot believe he is still here. Or how bad he must now be that we haven’t bothered using him since Pochettino left despite our injury issues.
Click to expand...

He must be truly fucked

I can see Foyth wanting to move on if he doesn't get a decent chance (which I think is unlikely under Mourinho). Don't like the idea but that's how I think it might pan out. The other obvious candidates are Rose, Wanyama, Vertonghen and possibly Dier. Anyone else probably depends on incomings.
J

Japhet said:
I can see Foyth wanting to move on if he doesn't get a decent chance (which I think is unlikely under Mourinho). Don't like the idea but that's how I think it might pan out. The other obvious candidates are Rose, Wanyama, Vertonghen and possibly Dier. Anyone else probably depends on incomings.
Click to expand...

Wouldn't be
the end of civilisation
as we know it
if all of them went.
Foyth with a little
more regret
because he's young
and might still develop.

Rose and Verts are nailed on to leave imo. I think Dier will be given time to recover before he’s moved on, and I think he will sign an extension too. Jose has always rated him. Lamela seems like the kind of player Jose loves, works his bollocks off, can be a right shithouse on the pitch too. I would imagine it’s up in the air with him depending on what happens with his fitness, and whether we get any serious offers.

If we can somehow shift Wanyama it will be a miracle, the poor guy is fucked by the looks of it.

Foyth has been very much over taken by Tanganga, so I’d be very surprised if we didn’t try and move him on too. That seems like the right move for both club and player to me. He’s had three seasons with us now, and he’s not really getting any better is he, despite the bags of potential he has.

Unfortunately for the scapegoaters, I can’t see Moura being moved on, he’s been pretty much ever present in the team, and seems very much part of the plans. Ditto Dele. Both have been making important contributions week in week out. Despite his rashness Aurier is one of the most improved players under Jose, so I’d be surprised if we got rid of him without a very good replacement lined up. KWP might well prove himself on loan at Southampton, but I think he will be sold in the summer if possible.

Sissoko is getting to the age where Levy gets twitchy, but he’s such a powerful player on his day, I think that one will very much depend on what kind of offers we get for him.

I had my doubts about Hugo early on in the season, but Jose has been very vocal about his effects on the team etc. He put him straight back in, no messing around, and on the whole he’s been great, so I can’t see him being moved on. Gazzaniga is a very reliable back up, but may fancy himself as a number one after his successful run in the team, I wouldn’t be surprised if he didn’t want to go and get regular games somewhere.
F

For the love of Spurs

Skipp and Parrott probably loans.
B

I myself don't believe that Sissoko will be sold as he gives a different problem to the opposition to our other players .
As for Dier he I believe must move to centre back if he wants to stay as of this moment his pace in midfield is being exposed .
At centre back you can be successful without being the fastest heading ability and being strong counts for a lot .
Some say that speed is needed to be a centre back but you can count the speedy centre backs in the premiership on one hand .
Most just lumber about but put their body on the line .

I expect all of Vertonghen, Wanyama, Sissoko, Walker-Peters, Rose and Carter-Vickers to leave.

Foyth, Skipp and Parrott to all head off on loan:

I’m wondering if we will have to sell players before we can buy. We’ve spent a lot recently.

spursfan77 said:
I’m wondering if we will have to sell players before we can buy. We’ve spent a lot recently.
Click to expand...

I'd be a bit pissed if thats the case again. Our profit alone by reaching the CL final must have been enough to cover most of the expenses and if we are one bit of ambitious we need to be able to spend a bit. Otherwise we will probably struggle to reach the CL spots and so we find ourselves in a non lucrative position to sell the stadium rights.