L-man said:
Sorry if already mentioned, just seen this. Not too sure he was still with us but (former?) academy goalkeeping coach has joined QPR as academy manager. Couldn't find anything about him leaving us

Still listed on the academy website - Chris Ramsey had worked at Spurs for maybe 10 years (Les Ferdinand much less) - so no great surprise that he took a few coaches with him, big step up though for Suckling to become an Academy Manager and no doubt much more $'s.
E

IGSpur said:
Not going to argue there, I mean regardless of level, it sounds like he feels he has benefited from it which is most important.

While I accept Sherwood was our Swindon link and Warburton our Brentford one, I hope the hierachy has seen the benefits from loaning/buying Spurs players and looks to maintain or rebuild our links with one another. Byrne played brilliantly last night, Obika's goal was excellent and obviously Luongo and Kassim have been great while we know what Pritchard has done to Brentford. Think Swindon could really benefit as our current players would adapt well with the players we have sold. if they got promoted it would be a great club to use for loans
Click to expand...

We would need to join the queue. Swindon's purist footballing approach means they can have their pick of loanees. This season they had two from Southampton and one from Chelsea. One of the Soton lads has actually said that he chose to go to Swindon rather than a Championship club.

Winks featured quite a lot in the recent training vid and even scored. Would like to say I hope he is being considered for at least being on bench for last couple of games but doubt it. Didn't notice Onomah, he may be in the squad for the u18s tournament tomorrow.

eddiebailey said:
We would need to join the queue. Swindon's purist footballing approach means they can have their pick of loanees. This season they had two from Southampton and one from Chelsea. One of the Soton lads has actually said that he chose to go to Swindon rather than a Championship club.
Click to expand...

Just hoped that we may more in our favour as we have really benefitted them recently. Additionally, some of our players I'm thinking of Winks or Onomah particularly and maybe the likes of Ogilvie and Oduwa would have played with some of their current players which may serve as an advantage
N

edson said:
Have a look at Dean Parrett's goal

It's amazing how many of our former players are dong well at Swindon, I really hope we see them all in the premiere league one day.

newbie said:
It's amazing how many of our former players are dong well at Swindon, I really hope we see them all in the premiere league one day.
Click to expand...

Anderlecht head of youth development Jean Kindermans told Het Laatste Niuwsat the time of the deal: "When players become 16 we offer them a development plan and later a financial plan. We aren't going to change our way of working.

"We regret he's going to be leaving us, but you can't compare this loss to Januzaj's move to Manchester United a few years ago."

Azzaoui has shone while playing for Tottenham's youth side this season, especially in their progression to the semi-final of the FA Youth Cup, registering his first hat-trick against Blackburn during a 4-1 win in December.

PLAYING STYLE
Although Azzaoui is right-footed he plays his best football cutting in from the left-hand side where his dribbling ability and speed allow him to influence the game in attacking areas. Whisper it quietly but Azzaoui has drawn comparisons with countryman Eden Hazard for his aggressive, low centre of gravity, dribbling and ability to manipulate the ball at close quarters.

The 17-year-old has impressive composure when presented with a goalscoring opportunity, often manoeuvring the ball onto his right foot when through on goal, as he showed when scoring against England under-16s in February last year.

Azzaoui's match winning performance against Czech Republic in Belgium's second European under-17 Group B game marked the youngster out as an exceptional talent among his peers.

Early on in the game Azzaoui picked the the ball 60 yards from goal, gliding past two defenders, before forcing the goalkeeper into a save. His first goal showed excellent technique when he took a hopeful punt in his stride at full sprint, cutting inside from the right-hand side and beating the keeper, while he also slotted a penalty in the 3-0 win.

WHAT NEXT?
Azzaoui is under the perfect manager, Mauricio Pochettino, to progress into the first-team setup at White Hart Lane.

Pochettino has shown willingness to continue blooding the likes of Harry Kane, Nabil Bentaleb and Ryan Mason who have become key players in hist first-team plans, while academy graduates Harry Winks and Joshua Onomah have also made their debuts under the Argentinean.

The Belgian starlet has made the jump from the under-18 side to the under-21s this season and, if he continues to impress for Ugo Ehiogu's side, appearances in the Europa League, Carling Cup and FA Cup could be forthcoming.

For now the youngster will be focussing on progressing as far in the Euros with Belgium, who are on course to progress from the final Group Stage for the first time. Tottenham supporters should tune in to watch Azzaoui when they can and get an exciting glimpse of the not-to-distant future.

Edwards far and away Englands best player so far vs Ireland. He looks on another level to everybody else on the pitch honestly.
N

edson said:
View attachment 18679
Not all look at Charlie Lee he has put on a lot of weight since leaving Spurs.
Click to expand...

Shame I wish them all well, I hope charlie turns things around. 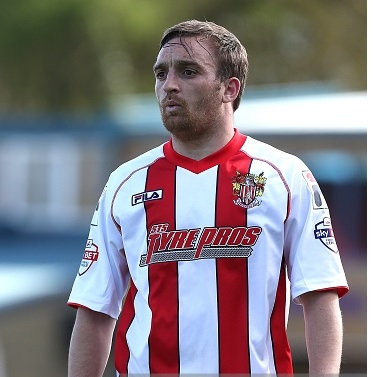 newbie said:
Shame I wish them all well, I hope charlie turns things around.
Click to expand...

To be fair he was one of those players who you thought might not make top level football but has done OK.

Edwards just scored an absolute screamer for England U17's. With his right foot as well for those that were worried he was very left footed.

Cracking goal from Edwards to put England 1 up against Ireland. Agree with raggy that he's been the standout player on show!

Just to add my eloquent and insightful opinion to the above comments;

...what a fucking goal by Edwards!

This is the goal. Holy shiiit.

Marcus Edward trending on the twittosphere
B

wiggo24 said:
This is the goal. Holy shiiit.

may be his shorter hair, but looked a bit stockier than when i saw him earlier this year