Alright boys and girls another epic performance tonight really enjoy this inevitability of finishing the season in amazing form. Well well Danny boy after seeing your comments from the THST you and the board are completely full of shit, and on the football field fucked our football team right up. Shite football, shite manager and No2, and last but not least a complete fucking shite chairman who is clueless. No ambition no hope, Harry I wish all the best where ever you end up you’ve been an absolute star cheers Danny Boy love the Spurs Fans BELLEND
P

bubble07 said:
Sessegnon making it hard to think of any positive attribute
Click to expand...

another dreadful signing and most of the ones we have bought recently have been, DOF needs to be the first major change at this club, I don't want anyone currently at the club doing it, lo celso is the only good signing we have made in the past 3 years based on what hes done on the pitch, I don't give a shit if its a good deal or no brainer from a way they work the deal or sort the payment structure, the only thing that matters is the player is good enough and has a clear idea what position we are signing him to play in. far too often price or payment structure is being used as a barometer of wether its a good signing. in January we should have brought in left back, holding midfielder and a forward, even if all there were short term loans. we signed 2 players who I couldnt tell you what their best positions are but neither are what we needed.

Have to say Dele is atleast showing work rate and touches

The first goal they play a ball in down the channel, recycle it, and their players just have more desire to get there than ours getting back (Lo Celso and Sessegnon the worst offenders) to keep the attack going, get a shot in, Lloris has a howler.

The disallowed goal, again their man gets there ahead of Lamela getting back, and then contrast Aurier just jogging back whilst his man is steaming forward to get a cross in.

The 2nd is just comedy.

And then just in general every 2nd or loose ball or challenge we are coming off second best.

Tactically we're playing at about U7's level, particularly without the ball. Front three doing nothing, not pressing but not getting in behind the ball. The cm2 cant then just chase everything about when in no position to do so, they just get taken out of the game and even bigger gaps appear. And our defence has been no better, the two wingbacks awful in particular and we're unable to be ready and anticipate Leipzig dumping the ball down the channel for a runner as their stock ball time and again.

Injuries or not, that isn't good enough. Absolutely no professional pride or standards being shown so far tonight.
Click to expand...

Revert to a back 4, go 3 up top with Sess, Alli and Moura and try the good old long ball football. Leipzig looked vulnerable at the back in the 1st leg but our current set up is basically Alli v 3 centre backs... toothless.

Tanganga is quick, strong and athletic but he lacks awareness and general intelligence

fuck it, death or glory, its our last champions league game for a while might as well go out with a massive hiding or a crazy comeback.

If they get a 3rd goal, I'd like to see someone run on the pitch with a board written "I have Coronavirus"
And postpone the match straightaway...


No disrespect intended to those suffering from this virus.
Y

parj said:
NDombele on for Toby

Winks into holding role Infront of back 4

I think NDombele on the ball can boss that midfield and push Dele, Lucas and Lamela further up the pitch.

Just need winks to do the dirty work for him
Click to expand...

Don’t think winks is capable of being defensive midfielder, he has lost possession more than he has kept it
N

lilywhitecurtis said:
Our recruitment has been dreadful. We built a team ready to challenge with the right 1 or 2 signings per summer window. We let that squad stagnate by not signing anyone for a calendar year and now look at the state of it.
Click to expand...

Did we though? I’m not convinced we were ever just a few signings from being truly great. And I’m really not sure who those signings would have been.
L

Where the fuck is Jan. Should have gone Jan and Toby for such a big game imo.

lilywhitecurtis said:
Our recruitment has been dreadful. We built a team ready to challenge with the right 1 or 2 signings per summer window. We let that squad stagnate by not signing anyone for a calendar year and now look at the state of it.
Click to expand...

And its not just the lack of new signings themselves. New players can also keep everyone else on their toes and lift the players around them. Look at Bruno's impact at United.

Too many of our players were too comfortable and got complacent. And now they can't step it up again.

Aurier beyond awful there. Can’t do that in CL...

spurs303 said:
and that kid at chelski is 18 and grabbing mom
Click to expand...

Teddy Klinsmann said:
To think Jose had all the £££££ in the bank and a nice job with sky - and he took this gig. Poor fella.
Click to expand...

£16 million more a season would do that to you

Trix said:
I think Dier has done well-ish again(as an individual). Proves beyond doubt for me if we are to keep him it's as a CB only and not a DM.
Click to expand...

I'd keep him, Sanchez and Japhet as the CBs and everybody else there can go as far as i'm concerned. But we need one maybe two CBs for definite, more important than the DM now.

lol said:
Thank god we sacked poch for this
Click to expand... 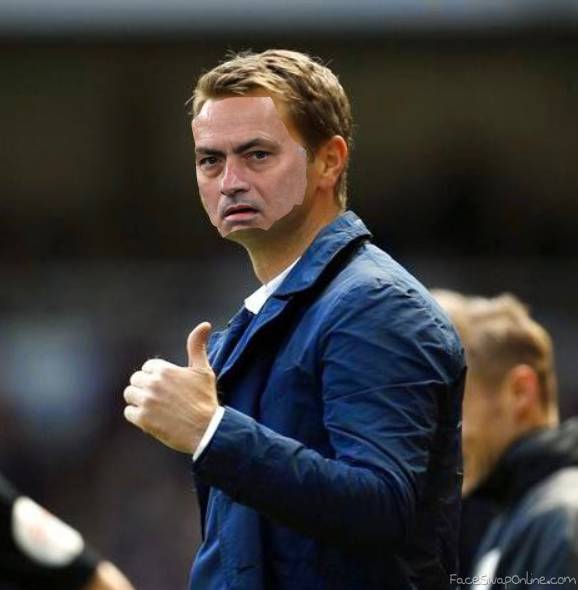 No getting away from the fact both goals were Lloris errors

SirNiNyHotspur said:
Whole team was lethargic and poorly positioned defending that attack, Lloris was the final act of a shit show from them all.
Click to expand...

Without the ball and tbh generally even with it we are so static and slow and have been for a long time I just struggle to see how JM can turn this around. Painful end to the season it seems.

Sorry, but a decent GK should save that.